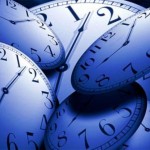 In the world of training, whether hardcore or casual, there are more methods and techniques than we have time to decipher. Tons of different methodologies and approaches work for certain people, and just as many don’t work, for certain people. From low volume to high frequency to whatever, training methods need to be tweaked, manipulated, and changed often. Why? To keep the body shocked, guessing, and progressing, that’s why! 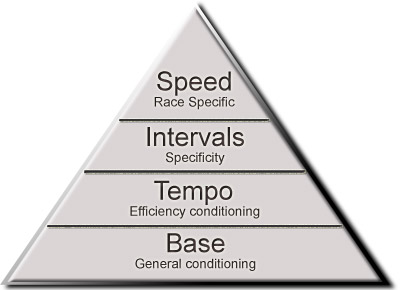 In reality, whilst designing a proper program for gym time, thinking about tempo and other “subtle” nuances, is not really in the foreground. Rather, we would rather pick some bangin’ exercises, decide if we are gonna max out, work to failure, have endurance days, blah blah blah… Nothin’ wrong with that as far as we can tell. But what if we wanted to try an approach that stimulates muscles in a way that yields textbook hypertrophy? Lifting weights is not always as simple as just going into the gym, moving some shit around, and calling it a day. I mean, don’t get us wrong, it IS about that, but there lots of… well… let’s go with nuances, again – I like that word!

The term “weightlifting,” in our humble opinion, is as primal and archaic as it gets. There is something primitive about picking heavy shit up and putting it back down – it makes us look and feel bad ass, too! For the purposes of bodybuilding, we want to discuss the implementation of Tempo Training. What is Tempo Training, you might be asking? First, allow me to break down the various movement paramaters our muscles perform when we lift weights:

Ok, now that the parameters are outta the way, let’s move on to the actual purpose of this article – TEMPO TRAINING 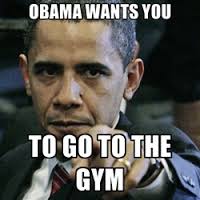 What is the point of Tempo Training? Well, the point of it is to maximize muscle tension, or what we in the bodybuilding world refer to as time-under-tension (TUT). The premise is simple: the longer a muscle is under tension, the bigger and stronger that muscle will be! Easy peasy… A better question, however, might be “What the hell is Tempo Training??” Tempo Training is basically manipulating the amount of time you choose for the concentric portion, or the eccentric portion, or the isometric phase, and so on and so son… Sometimes you maye have seen a regime written out for you, and for the execution phase of the exercise, there may have been something like 5-0-1-0 next to it. You might of scratched your head and moved on to something more “simple.” Really, this is as simple as it gets. Let’s have a look-see…

Other times, you might see an X instead of a tempo number. What this means, simply, is that you just move as fast as possible, corresponding to the phase of the lift, wherever the number fits into your tempo train. Something like 3-X-2-1 as a rep tempo, would be a 3 second lowering phase (eccentric), immediately start moving the weight back (stretch phase, or lack thereof, in this example), a 2 second lift (concentric), followed by a 1 second pause at the top (isometric). Simple enough, right? Of course it is! Awesome too!!

Best Of Both Worlds

Without getting into to much detail about the various muscle fibers, we will direct you to our Muscle Fiber article for reference…

Now then… with manipulating rep tempo, we are able to recruit various muscle fibers and stimulate various metabolic stress for optimal performance and gains. There is no ironcload rep tempo scheme, but it is instead recommended to determine which fibers in your body respond best to the various protocols via utilization of Tempo Training It isn’t hard to see how utilizing proper Tempo Training can certainly allow you to recruit different muscle fibers not only in one workout, but in just one exercise!!

Play around with Tempo Training, and find the best rep tempo that takes you to the provervial next level…

If you liked this article, show it some love!

Trying to provide the most current, accurate information. No tricks - no smoke & mirrors. We all want to learn more and more and keep progressing! There is no need for tricks or sales tactics. We want to gather, learn, share, and debate any and all fitness related info for the betterment of our minds and our bodies...

Be the first to start the conversation.